BADCamp 2020 gave me a virtual stage to share stories and insights from my life as an activist, along with insights I think could benefit anyone working in a team. I dedicated years of my life to causes that matter to me. When I transitioned into working for a Drupal web development agency as a project manager, I thought I would be starting from scratch. I was wrong.

Having difficult conversations with people as a door-to-door political organizer taught me how to successfully do the same with colleagues and clients. All the skills that I adopted while co-leading a nonprofit helped tremendously when it came time to facilitate agency meetings. Quickly building deep and authentic connections as an activist translated well when I needed to build those same connections with people in my new agency life.

Want to watch rather than read this session? Here it is, for your viewing pleasure.

What is a Mic Check?

In the height of the Occupy Wall Street movement, “Mic check” would often be heard among the crowd. It signaled someone requesting amplification. The crowd would echo “Mic check” back to the speaker, then repeat their words as a call and response, acting collectively as a human microphone.

When I stood in front of the UN to deliver my first “mic check” speech, I didn’t anticipate how powerful it would feel to hear the crowd speak my words back to me. I spoke to share the story of the grassroots nonprofit I was helping to run. You can watch the whole two-minute speech here or read the section excerpted below. The spacing indicates the pause for a response:

The nation’s first
Coast-to-coast
Roadside litter pickup
We have cleaned from Maryland to Colorado
145,000
Pounds of litter
Removed from the ground
By a few people
In our twenties

We’ll be rejoining that version of me, the environmental activist. First, we’ll take a step back in time to the beginning, to my time as a political activist. 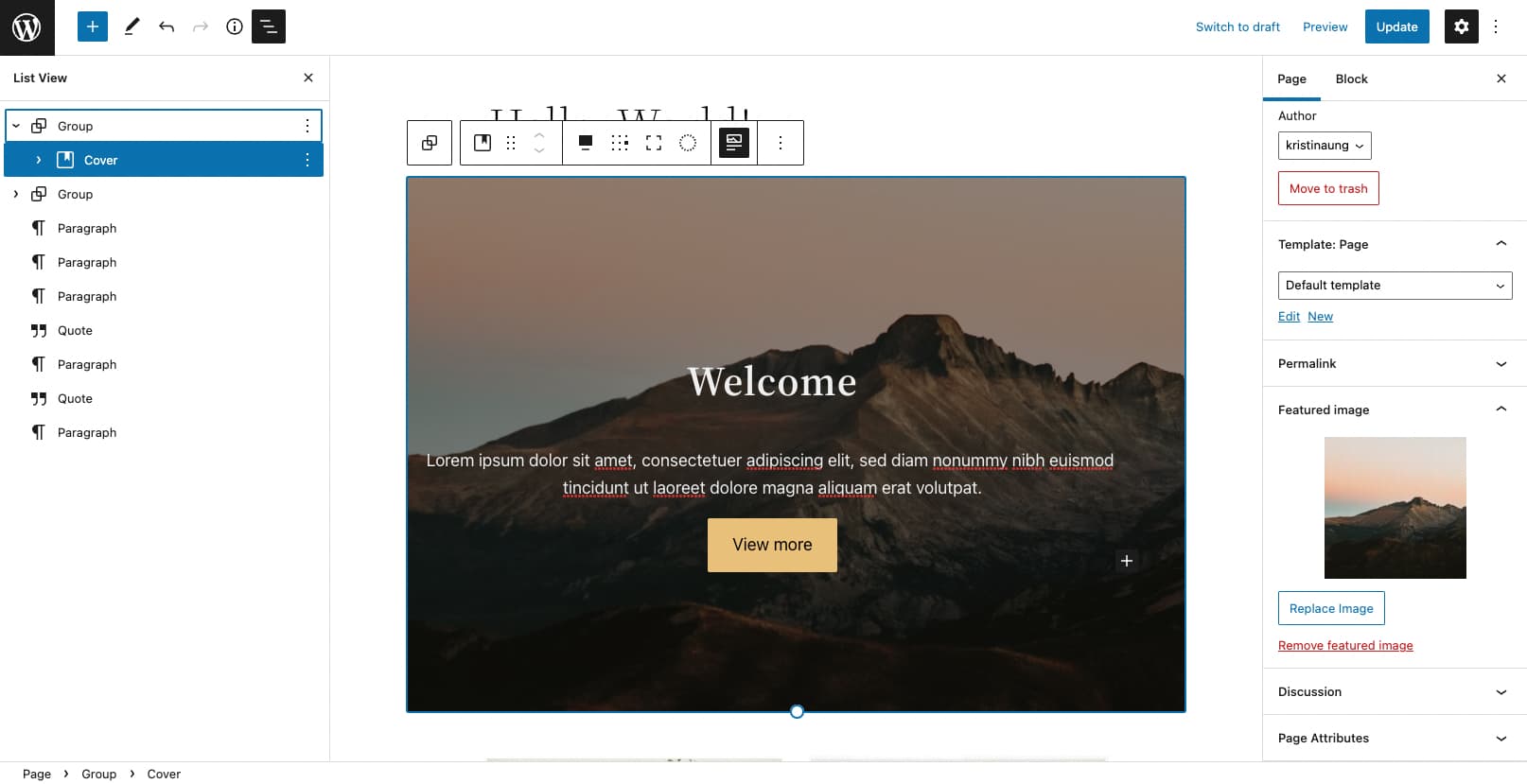 How to powerfully navigate differences

I moved to Cincinnati, a politically-divided city in a key swing state, to work on the 2008 election. I had never done anything like that before, but quickly relished the opportunity to make a difference with my work. So, after the election, I chose to stay for two years. I worked as a canvasser, knocking on doors for various issues and training others to do the same.

I remember knocking on someone’s door on behalf of Working America, the activist arm of the AFL-CIO, a prominent labor union. A man shouted me off of his property, angry about an undesirable change in his pension. I also remember knocking on a woman’s door and seeing her break down because, at that moment, she was choosing between taking her child to the emergency room and putting food on the table.  There were so many moments like that, challenging in different ways, every day.

So, what did knocking on doors teach me about being a project manager?

It’s crucial to realize and internalize that it’s not personal. I had to practice this when I was canvassing. It’s really easy to see people expressing anger and think that it’s about you.  It’s often about what you represent.

I kept that in mind in my work as a project manager. If the team or the client wasn’t happy about what was going on, I knew it wasn’t a statement about me or my worth as an individual.

Learn how to reset yourself

As a canvasser, I had really difficult conversations with people. Then, I needed to keep knocking on the next door and the next, sometimes a hundred doors a night. So, I adapted a ritual to reset myself, singing “Let it Be” by the Beatles between doors.

As a project manager, it was the same thing. Especially while working remotely, I could go from meeting to meeting without moving at all. I found it invaluable to have a little ritual I could do to reset and start fresh.

Authentic words are the right words

I have often found, especially in difficult or contentious conversations, that I want to have the perfect thing to say or the perfectly drafted email to magically create alignment. I have also found that whenever magic words come to me, they come from a place of authenticity rather than perfection. They come from giving voice to whatever is going on in my head. For instance, I have said things like, “I’m really sorry we have to be having this conversation,” rather than being polished or perfect.

How to facilitate large meetings with ease

As I alluded to previously, I helped to run a traveling nonprofit organization for two years. We lived in a school bus and walked a contiguous route across America from the coast of Maryland to the coast of California, picking up all the trash on the way. We led as a group, managing and organizing the nonprofit together.

When Occupy became a national movement, we were walking across rural Kansas without a local Occupy presence. So, we were lucky to arrive in Denver in time to visit Occupy Denver soon before the city took it down.

So, what did consensus-based decision making teach me about being a project manager?

Be explicit about group norms

If you aren’t familiar with norms, they may have occurred to you as a voice in your head speaking about the way things should go. They aren’t explicit rules, but they do feel like a violation when they are not met. For instance, some organizations have a norm of meetings beginning five minutes after their stated start time, while others start right on time. Whatever you’d like to have as your group norms around meetings, be explicit about them and seek agreement around them. That way, everyone knows what to expect.

Have a distinct facilitator and notetaker

In many activist meetings I’ve attended, one person facilitates while another person captures notes. Those roles move around the community. So, it’s not always the same person facilitating or note-taking.

I found as a project manager that the PM often simultaneously facilitates and captures notes. We lose a few important things when that happens. First, it’s challenging to simultaneously perform both of those roles well, so we risk missing something important. Second, PMs rob their teams of the opportunity to step up, participate, and be more engaged. I invite every PM to see who is willing to participate and pass those roles around the team.

If you haven’t encountered a stack before, this is going to rock your world. I’m sure you’ve been in contentious meetings where many people have a lot to say. Someone is talking, someone else is about to interrupt, and no one is listening. I think this is happening because there’s no stack.

Here’s how a stack works. If I’m talking and Kristin wants to talk, she will raise her hand. The facilitator will note her name. Then, if Andrew wants to talk, he will raise his hand. The facilitator will note his name below, Kristin’s. Once I’m done talking, Kristin talks next, followed by Andrew, etc. What this does is offer everyone the opportunity to claim their time to speak in an equitable order. Keeping a stack is especially easy in this world of Zoom meetings, because the stack can be created within the meeting’s chat function without the need of a facilitator. With a stack, people can really listen and be present, rather than waiting for a pause where they can interject. It also gives more space for introverts to be heard.

Occupy’s hand signals were another adaptation crafted to allow efficiency in creating consensus. People could twinkle their fingers up to express agreement and twinkle their fingers down to express disagreement.
We have the technology to put everyone in gallery view and see many members of our team at once. So, we can use these hand signals to get an initial gut check of the level of agreement much more quickly than through other methods. 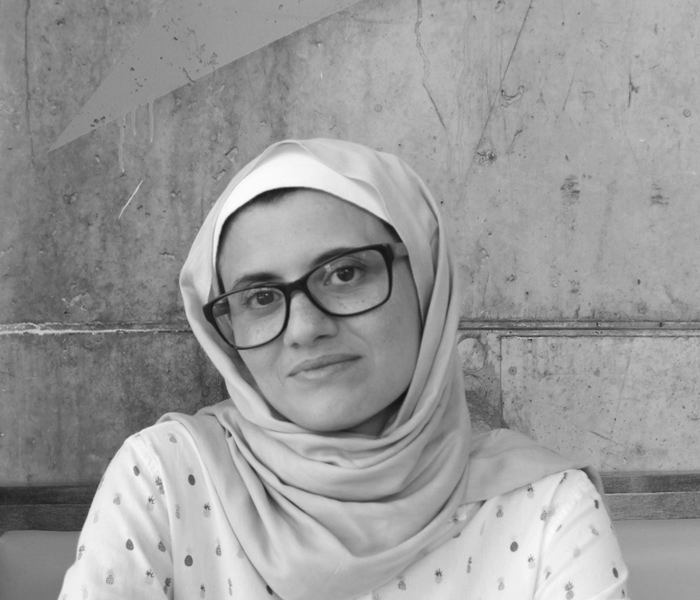 How to build authentic connections quickly

Strong relationships are at the core of everything. It’s much more difficult to powerfully navigate differences and facilitate meetings effectively when you’re not connected.

So, what did building connections as an activist teach me about being a project manager?

Story of self, us, and now

Marshall Ganz, an activist turned professor at Harvard, developed a public narrative framework called the Story of Self, Us, and Now. When my nonprofit was traveling through rural Illinois, we encountered two women on bikes. One had delivered a story of self, us, now about biking across the country performing random acts of kindness as part of her class at Harvard. Her TA was so inspired, they took the trip together, joining us for a short time and inviting us to Boston for consulting in the fall.

To me, the most compelling part of this framework is the story of self. We begin by bringing people into our experience. So, instead of saying, “Go vote. It’s important to vote.” I would begin with, “These are pivotal moments in my life that led me to speak with you about voting and to care about whether or not you vote.”

The story of us extends that message into, “This is what we are doing. This is why voting matters this year.”

The story of now creates an opportunity for tangible immediate action. For instance, “Have you made a voting plan? Do you have your ballot yet?”

If you’re interested in diving further into this framework, I spoke about it in more depth at my Storytelling Toolkit session at DrupalCon.

Bring curiosity about their experience

A natural extension of the Story of Self, Us, and Now is listening. When I am authentic about who I am, I have often found that it creates an opening for others to share their authentic selves as well. Make sure you are truly listening and that you’re thoughtful about how you receive what people share with you about their lives. This is especially important in ongoing higher-stakes relationships, like we have with our clients and our teams.

Ask for what you need

Asking for what you need is a really profound lesson in the life of an activist or someone who works at nonprofits. There’s a lot of asking involved. I found myself continually asking people for money, for donations of silent auction items, for their time, and for their attention. When I transitioned into project management and agency life, I found a reprieve from the desperation and ubiquity of the asking, though its importance remained.

Powerfully and concisely ask for what you need, because project managers can’t do this alone. We’re not creating designs or writing code. We need things from our team and our clients. It’s ok to ask.

It’s also important to balance your asking with authentic generosity and gratitude. I find that I am more likely to live in a world where I get what I ask for when I am authentically grateful and generous. I remind myself to find opportunities for gratitude, like I created when people donated to my nonprofit. It’s just as important when my team writes really great code or my clients share consolidated feedback before it’s due.

I don’t work as a full-time activist anymore. I am lucky enough to work at Kalamuna. We serve amazing mission-driven organizations across education, nonprofit, and government. So, we get to be of service to people doing great work for the community and our world.

Want a fantastic team of heart-forward experts helping your organization thrive? Drop us a line.