How to throw a successful virtual fundraising event

For one of our wonderful clients transforming education, this moment was the stuff of nightmares. Gateway Public Schools scheduled their annual community-building family fundraiser for Saturday, March 14, two days before the Bay Area officially began sheltering in place due to the spread of COVID. So, theirs became one of the first of many nonprofit galas and fundraising events that would need to move online.

I discovered profound lessons in their approach that have value for anyone facing the need to rapidly innovate (and aren’t we all).

The Great Gateway Gathering serves as Gateway Public Schools’ annual family fundraiser. Each year, it brings in about $50,000 and forges critical relationships between families and teachers.

This year, Gateway planned to fill their usual venue with a 70s disco theme, including food, an open bar, games, a silent auction, a raffle, a photo booth, a DJ, and one of their teachers leading the hustle. Tickets were sold on a confidential, self-selecting sliding scale from free to $100 per person. Then, the ominous news of the arrival of COVID-19 grew louder:

“I, as someone who maybe overengages with news, started to feel really nervous that first week of March and started thinking, ‘I don’t know if this event is going to happen. I think this is getting worse.’”

On March 5, Gateway’s Director of Development and Outreach, Chanda Lockhart, and Communications Manager, Danielle Smith, began brainstorming how they could move the event online. They created space to dream big and asked themselves, “What is the most wild thing that we could do?” That’s how they generated the idea of framing their virtual fundraising event as a telethon, which aligned perfectly with their 70s theme. After they realized they had what they needed to pull it off, they hired a videographer and spent one week overhauling an event that initially took three months to plan.

The venue became YouTube Live. The party decorations morphed the corner of a room into a disco television studio. The timing shifted to 3 to 8 pm to accommodate guests’ other evening plans. The five event hours were divided into 15-minute segments, offering a meaningful content chunk and powerful donor appeal whenever people tuned in. The Gateway team had no idea how this would go. The results were surprising.

New people joined in for the first time, including Gateway families who could not afford childcare, and even Chanda’s mother in Baltimore was able to attend and contribute. A surprising number of people watched all five hours of the telethon, which featured 70s-themed Jeopardy and a jello mold cooking class. They raised $3,000 auctioning the prize of choosing the karaoke song Chanda and their Executive Director would sing live on air.

Gateway exceeded their fundraising goal by $20,000. The San Francisco Chronicle wrote an article about the telethon. What began as a wild idea became an easy event to pull off. With the added trust in their community and interest from their donors, they looked ahead to their next annual event and dreamed even bigger.

Watch the moment they reached their goal:

To put this event into perspective, last year’s luncheon raised more than $315,000 for Gateway. That puts its fundraising impact at 4x the Great Gateway Gathering. The $250 ticket price never aligned with a fancy event. Attendees have enjoyed the boxed lunches and centerpiece-free tables, so as much money goes to the students as possible. This empowered Gateway to ignore the trend of discounting tickets to virtual events, as it felt like lost revenue. This year, as always, tickets will start at $250 and ascend to $20,000 for their Dream Big sponsorship.

Early planning presumed this year’s event would be different than usual. Gateway sent out “Save the Date” cards with no listed time and without the word “luncheon” to keep the flexibility to reshape the event as needed. Then, they began building a giant internal brainstorming Google doc answering a familiar question, “What would we do if we could do anything?” Their team added their thoughts, things that worked at other events, and virtual fundraising event best-practices. They avoided considering cost, what a board member might say, and other limitations. They also avoided solidifying plans until closer to the event when they would know more about how distanced learning and remote work would limit donors’ attention.

They took advantage of opportunities unique to a virtual fundraiser. Gateway secured Paul Tough as their keynote speaker. Though Paul perfectly exemplifies the thought leadership they seek, the expense of his travel to San Francisco from his home in New York historically kept him out of reach. They augmented Paul’s talk with pre-recorded videos, including his Q&A, in case internet issues arose.  Danielle also produced scripted student videos, fretting over, “How do I distill this fabulous child into 60 seconds?”

Beyond building a rich and diverse program, Gateway considered combatting Zoom fatigue and keeping their virtual audience engaged. Rather than relying on a single platform, they planned to stream videos with Vimeo, utilize Zoom breakout rooms to create virtual gala tables, and deliver care packages to sponsors including everything from Champagne to Red Vines red licorice candy.

So, what is there to learn both from Gateway’s experience and their approach to virtual fundraising events?

Don’t start by creating a replica of your in-person fundraising event or from “this is the way we’ve always done it.” Instead, start from a blank page and your wildest dreams. Once you have a vision, then you can move into considering how to make it happen.

“I think having the opportunity to come up with the most outlandish ideas of what you could do with your wildest dreams and then figure out how you can make them happen, more often than not you find out that there is actually a way.”
- Chanda Lockhart, Director of Development and Outreach, Gateway Public Schools

While the 15-minute segments within their telethon arose from an educated guess, Gateway has since validated an approximate 18-minute attention span for viewers. Plan to include a unique and distinct segment and a donation ask approximately every 15-18 minutes to keep people engaged.

3. Plan with donors’ lives in mind

I loved hearing about this natural extension of the user-centered approach we bring to our work. With donors spending more time at home with their kids and without childcare, their ability to carve out attention is critical. Most Gateway donors are parents and they told Gateway that focus after 3 pm is difficult. So, Gateway kept their mid-COVID big ticket event at lunchtime. Rather than asking donors to work around your schedule, meet them where they are and make it easy.

4. Don’t rule anything out

Although this feels aligned with #1, it felt important to repeat it. The relative newness of virtual fundraising events means new ideas are not necessarily bad ideas. They just may not have been tried before. Resist the urge to think, “People wouldn’t like that,” just because you haven’t seen it. For instance, nonprofit fundraisers have already proven that the stereotype of people over 65 being excluded from virtual events is untrue. Embrace this moment of innovation.

I hope this inspires you in your nonprofit event planning, or whatever COVID-inspired adjustment to business as usual you are facing. If your website could better support your virtual events, let us know how we can help! 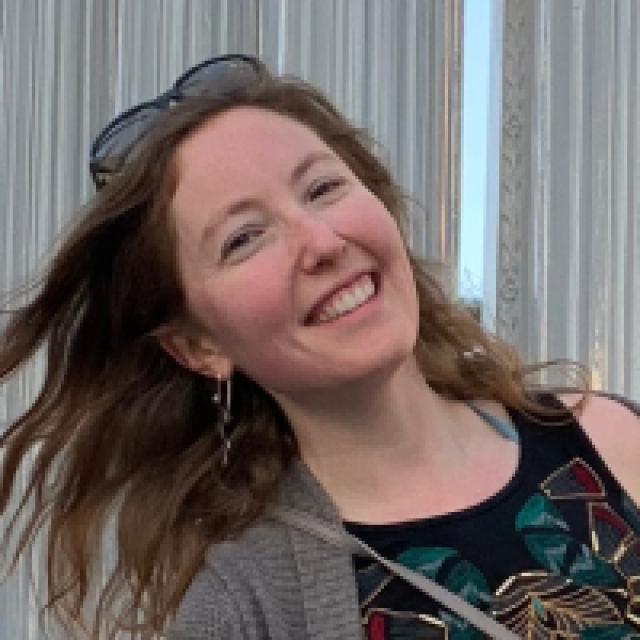 As Kalamuna’s senior account manager, Lily ensures we deliver on what matters most. She is passionate about building authentic connections, translating tech into English, and using the web for good. Ask her about walking across the country leading a sustainability nonprofit or facilitating literature discussions with incarcerated men. Or, even better, tell her your story.