6 Tips on How to Go from Intern to Junior Developer

I have been Kalamuna’s resident supportbot and site-builder for the last six months (and a summer intern before that), but now I’m taking the great leap forward into Jr. Developer-dom. How did I get here? Mainly by being in the right place at the right time, working hard, and being game for whatever challenges got thrown my way. Here are some things that have helped me go from “intern” to “junior developer.”

1. Find people who can help you

At Kalamuna I am lucky enough to work with people with different skill sets whom I can come to with questions. But there are lots of places to find help if you need it. Google and StackExchange are your friends, as are open source communities like Drupal.org and Github. In-person meet-ups like Women Who Code (womenwhocode.com, @WomenWhoCode) and Drupal Groups (groups.drupal.org) are also a good places to get guidance.

Wherever you find them, it’s important to have some kind of network of people who can help you with tricky issues, work as a second set of eyes, or even just act as a sounding board while you work problems out by yourself.

There are a LOT of different apps, tools, and resources out there for a developer, and for someone who’s just starting out it can seem like all these “conveniences” are actually slowing you down. But taking the time to learn about what’s available to you as a developer -- whether that’s some great Drupal dev module, a fancy plugin for your text editor, or a workflow tool like Google Chrome’s Zenhub -- will make your work more streamlined and efficient in the long run.

And don’t be afraid to ask the more experienced people around you what works for them -- developers love evangelizing about their preferred tools, so they’ll be glad you asked. That said, don’t waste your time with tools that solve problems you don’t even have just because something seems like the hip new thing. If what you’re doing works for you, then it works, and maybe you don’t need to spend half an afternoon setting up a brand new config that you’re only going to use once.

3. Do more than write code

It’s great to take on coding challenges and wade into projects, but sometimes there are other things you can contribute without touching a single line of code. Things like: documentation! One of the first things I did at Kalamuna was write updated documentation for a new version of Kalatheme. Was this the kind of super sexy awesome thing I thought I’d be doing as a web developer? No. I’ve never met a developer who likes writing documentation, but we all know it’s necessary. And I ended up learning a lot about theming just from doing it. Nothing makes you learn a subject faster than having to explain it to someone else.

There are a million and one things I could be learning at any given time, and it can often feel like you need to know ALL of it. I know that when I first started, there were so many things I didn’t understand that I became overwhelmed with the prospect of learning all of them. But then I started to realize that I didn’t need to know everything about everything -- I just needed enough to get started on the projects I was working on and be able to ask questions when I waded into unknown territory. Over time, I started to naturally gain more experience and depth with certain things, and I am still in the process of discovering what I want to really dedicate myself to and become an expert in. It's an ongoing process of evaluating your skills, your needs, your company and your clients' needs, and, of course, your own interests.

5. Look for unexpected opportunities to grow

When I started at Kalamuna, I was pretty well-versed in Drupal, but had almost zero experience with other technologies. While our clients are mostly Drupal-based, as a company we are always looking for ways to expand and explore new things. So when a project came up for a static, non-Drupal site, I jumped on. It was nerve-wracking knowing almost nothing about what we were doing, but I found that as we worked through issues I was able to figure things out pretty quickly. And even if I don’t touch another project with these same specs ever again, the process of learning a completely new set of skills while working on a tight deadline made me a better developer.

A lot of times, as a green developer, the biggest hurdle is feeling like you are hindering a project rather than contributing to it. I know I struggled with this some when I first started, and found myself questioning what I was contributing to Kalamuna when it seemed like every day I was just asking for help and not getting much done on my own.

But what got me through that was learning to woman up and ask my questions even if they made me sound stupid. And sometimes I did sound stupid! But I learned and sounded less stupid the next time. And I also found that sometimes my newbie confusion actually helped uncover larger issues in projects and led us to better solutions. My more experienced co-workers valued the questions that I asked because they helped bring a fresh viewpoint to the project and gave us all room to keep asking questions and evaluating our work. 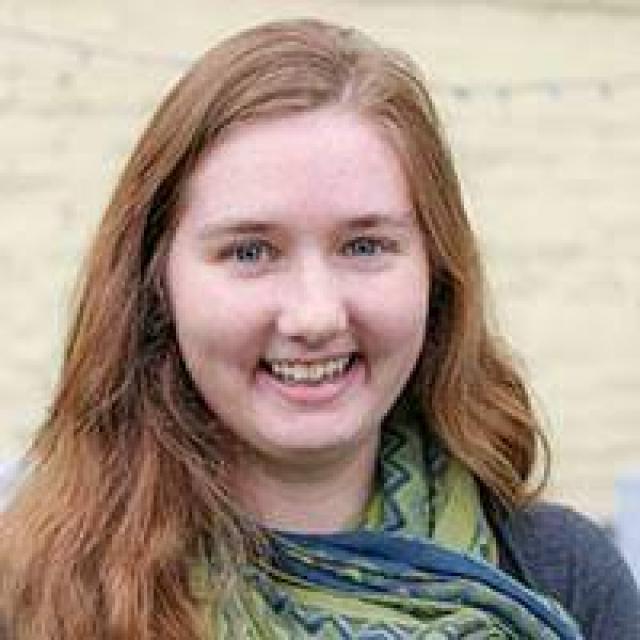 It's a great thing to watch Katy Pool configure Drupal to her will. As Kalamuna's friendly, in-house site builder, Katy is quickly learning how to make internet the Kalaway! When Katy isn't putting together new websites, she's reading the coolest books, collecting provinces in her Dominion, and flailing about at dance parties to which you are not invited.