It's that time of year again, when Drupal developers from far and wide come to take advantage of the lingering California summer and revel in Drupal nirvana at the Bay Area Drupal Camp (aka "BADCamp").

Since all of our founders worked with nonprofit groups before kindling the flame of Kalamuna, the BADCamp Nonprofit Summit is a favorite. We've been proud to host the BADCamp organizing sessions in our office for the last two years, and seeing the summit being formed from scattered conversations to a world-class gathering of nonprofit organizations is thrilling. Here are some insights from the conversations we participated in at the summit.

Daniel from Giant Rabit believes that, in making technology decisions, your guiding principal should be to use software "for what it's for." Find the raison d'etre behind software. Don't be afraid of data silos: it's usually better to use another tool than to try to stretch one tool (like Drupal) to fulfill all your needs.

Challenges of a Small Nonprofit

Small organizations have big eyes. They need the same things as large organizations, but have a fraction of the resources. Clearly some prioritization of options is necessary. Focus on tools that are not only practical for your budget, but your available time and skill level as well.

In the context of a website, one way to get traction on the project and force certain decisions is by creating content first. This helps all stakeholders see the reality of the web project before major technology investments need to be made.

Personas were also mentioned as an effective tool for deciding priorities. Personas create an imaginary amalgam of various stakeholder's needs; for example, a food justice organization might have a stakeholder of "Fred Foodie," an affluent, middle-aged, highly educated professional who loves locally grown foods and cuisine. Various tech decisions can be framed around these personas: would Fred rather interact with our organization on a self-hosted social platform, or on Twitter, where he's already active?

Technology decisions should be democratized. Anyone can evaluate technology; there is no magic, the most important thing is to dive-in, actually use the software as a trial, and keep in mind the real needs of your organization.

"Decoupled" architecture sees Drupal providing "content as a service" via APIs to other systems which are in charge of displaying the content instead of Drupal's default theming system. As Dustin from Four Kitchens puts it, "Drupal has spent 14+ years dealing with content...but the front-end can be lacking." Let Drupal focus on what it's good at and choose the ideal front-end technology to resolve this conflict.

Dustin and Jeff from Four Kitchens described a solution they made for client TWiT.tv. When they first started working with TWiT, many users were scraping the TWiT site to use their info. Using the RESTful Drupal module, Four Kitchens was able to quickly create clean APIs for consumption.

For front-end presentation, Four Kitchens created Saucier. Instead of thinking of the front-end from an "app-y" perspective, they wanted to make sure that web users were thought of as first-class citizens. Hence the decision to not rely on a JS-driven solution (like Angular or React) and instead use Dust.js, a dynamic templating system which renders templates with content as static HTML files. 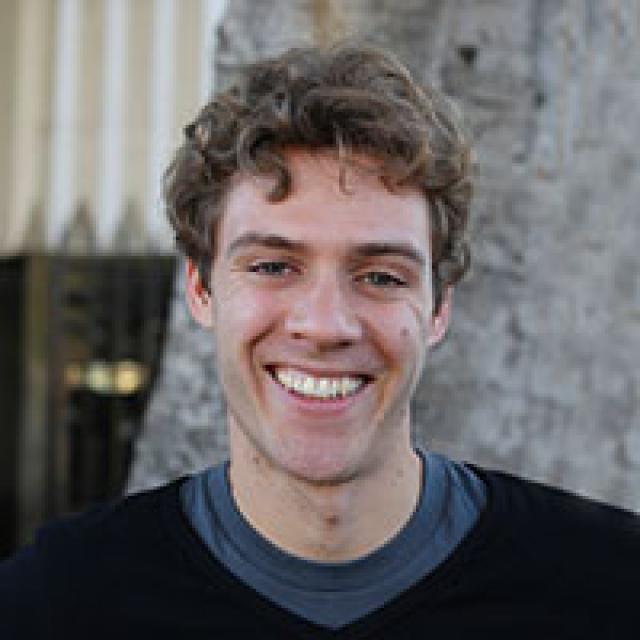 When his long-standing interest in programming and this "internet thing" became relevant to his entrepreneurial inclinations, Alec found himself helping launch a series of startups. This experience has provided Alec with a deep understanding of young businesses and the product development process, where he participates from the code to the customer.