This Friday, November 4, I’ll be playing XCOM 2 for 24 hours to raise money for Extra Life, a charity that benefits Hospitals in the Children's Miracle Network. My game of choice also happens to be a very sneaky way to secretly train up project managers, like some kind of modern day The Last Starfighter. So how can fighting aliens make you a better project manager?

XCOM 2 is a turn-based tactics game about an Earth that has been overtaken by alien forces. In your role as the Commander, you lead the human guerilla operation hell-bent on taking back our planet from these alien oppressors, providing tactical and strategic decisions that have long-lasting effects. It’s ultimately a game about mitigating risks and finding acceptable outcomes in impossible situations. This more or less summarizes what every day as a project manager is like for me.

In XCOM, you will run into a scenario where the sure-fire shot you were counting on fails to connect. The “normal” reaction for most people here is to reload until you get the desired outcome. However, if you’re a project manager, you should resist that urge and see things through, as you’ll come out better for it. After all, there is no undo button in real life…

I’m not the first person to draw this conclusion though, as there’s already a nifty blog post that does a good job of covering some high-level reasons why the original XCOM: Enemy Unknown is a great game for project managers to play. Rather than rehash what’s there (as all those points still apply), here are some of the lessons the new game mechanics in the sequel will teach you, and how they can help make you a better project manager.

Lesson #1: Eyes on the Prize

In XCOM 2, the aliens aren’t idly sitting by while you try and overtake their regime; they’re actively working on a project to cement their overlord status. This looms large in the form of an ever-present doom ticker that counts down to remind you when world domination will occur.

When you’re working on a real project, you likely have a do-or-die deadline circled on your calendar as well. You should always remember that every decision you make has an impact on your timeline, and never lose sight of the end game.

The game lets you start missions in stealth mode: You’re dropped behind enemy lines, but hidden from the eyes of enemy troops. This allows you to do some reconnaissance and get the jump on the aliens, as you slyly move into better position to strike first before they’re able to rally their troops. It’s a great mechanic that leads to some very cinematic moments.

In project management, this is very much like doing a “discovery,” where you gather information about what you’re up against and begin to form a better plan of attack. What you learn and the momentum carried over can help make or break a project. And just like on a project without a discovery phase, you’re going to feel really anxious and stressed out when you encounter a mission that doesn’t begin in concealment.

One of the most awesome developments in XCOM 2 is the advent of procedurally generated maps, which means you can play XCOM 2 FOREVER!! Every map you play will be different, and no two outings will be exactly the same, although they may have very familiar looks and feels.

As a project manager, if you’re handling a lot of the same types of projects, you should be approaching every new project as a unique learning experience. Each project has its own nuances, and the same exact approach won’t work twice. Even if you’re using some type of template to help get things off the ground, ask lots of questions and actively seek alternative solutions to give your team the opportunity to improve existing systems and learn new skills.

Lesson #4: Assemble the Right Team for the Job

There are variable mission types in XCOM 2, which means you might be forced to extract a VIP one minute, then need to hack a workstation, or maybe asked to raid a supply train next. Some squaddies will be more adept at some missions more than others. For example, you’ll want to bring along the technically savvy specialist for that hacking job.

Similarly, before you kick off a project, you’ll want to make sure your team is up for the task. Break down project needs into individual components and review project requirements, then reconcile that with the skill set of your team members. Remember that you don't necessarily need the best person for the job, you just need the right person. This will not only give people the opportunity to learn and grow, but will also afford you the opportunity to save the big guns for when you really need them.

There are so many other parallels between XCOM and project management, but I’ll leave you to discover them on your own (like how there’s a new Loot System that mirrors Internal Effort Creep!). Alternatively, you can just watch it in action instead, as I’ll be streaming my Extra Life playthrough of XCOM 2.

If you’d like to make a contribution towards Extra Life, just visit my Participant Page, and hit the big, blue “Donate” button. It's completely tax-deductible, 100% of your donation will go directly to the Children’s Hospital, and I’ll create a digital avatar of you in my game so that we can take the fight to the Aliens together! 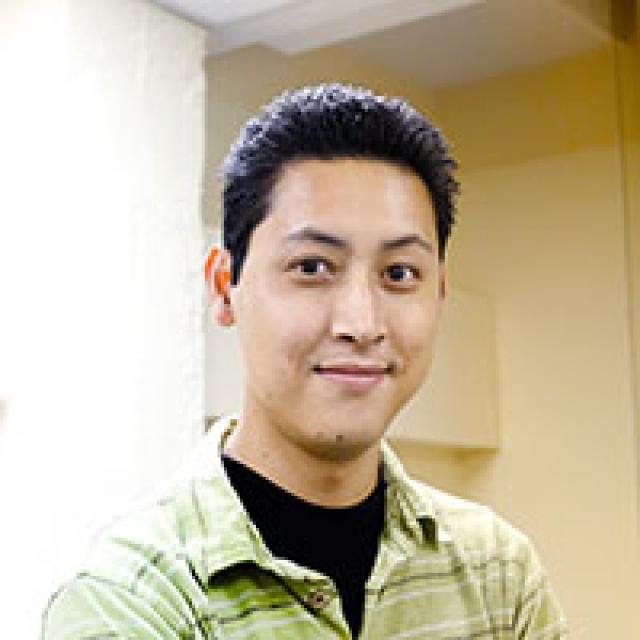 Without project management, good websites never launch. Without John Nguyen, great websites are never realized. In the dark days before John dawned the project management cowl, time and tasks were but fickle variables in some distant, unknown equation. As Kalamuna’s project facilitator, our clients know him as the man with the plan – the man whose last name is pronounced win.